If you like music or movies, you’ll enjoy Whiplash.  I’m surprised that the film didn’t stir more buzz than it did, because it is arguably one of 2014’s best films.

Whiplash follows the footsteps, or drumsticks rather, of Andrew Neiman (Miles Teller), a freshman at the best music school in the country, Shaffer Conservatory.  He’s got something to prove as he strives to be one of the greats; in the spectrum of guys like Buddy Rich.  The instructor, Terrence Fletcher (JK Simmons) accepts him into the studio band as a secondary drummer.  We soon find out that Mr. Fletcher is one of the nastiest, degrading characters the world has ever seen.  He talks down to students, calling them absolutely horrid things and even goes as far as to making accusations and remarks about their family life.  This is all in good reason, however, as he is trying to push his students to work beyond what’s expected of them.  Outside of the instructor-apprentice relationship between Neiman and Fletcher, there are a few other conflicts that develop.  We see Neiman struggling to maintain a relationship, his family’s impartial attitude towards his more successful siblings, and the competitive conflict amongst Neiman and the fellow drummers at the same school.  All of these conflicts comprise the vast majority of the film’s plot, and all hold enough weight that the film would’ve been tarnished by the lack of any one of these conflicts.  This movie was written so seamlessly that every conflict and interaction can be felt in the character development going forth.  The story seized my attention, and although I couldn’t finish the film in one sitting due to another obligation I had, all I could think about was how the rest of the film would play out.  This movie captured my attention and held on for dear life.

The acting is wonderful; simply put.  Miles Teller does an incredible job of playing Andrew Neiman who strives to be great, and develops into himself throughout the course of the film.  Both the script and the actor did a phenomenal job of developing this character from start to finish.  JK Simmons displayed some of the best acting I’ve ever seen as the loud, over-the-top instructor.  Between Simmons and Teller, the performances were outstanding.  There were times where I was legitimately on the edge of my seat in anticipation of how the remainder of the scene would play out.  Sadly, the dynamic duo steal the show so well that the supporting cast somewhat falls to the wayside.  The supporting actors and actresses did very well in their roles, but the majority of the supporting roles were written in just to exemplify the chemistry, or anti-chemistry, between Neiman and Fletcher.  Neiman’s family members and girlfriend all do great jobs in their appropriate roles, with most of their interactions adding to the development of his character, as aforementioned.

The aforementioned acting is beautifully captured thanks to the camera and pen work of writer and director, Damien Chazelle.  The film is loosely based on his experiences at music school, so the plot of the story is something close to home for him.  He doesn’t have a huge portfolio of other directorial works, but his effort on Whiplash is nothing short of incredible.

The lighting, the camera angles, and the architecture of the script are simply amazing.

The soundtrack is a wonderful array of jazz music.  I don’t have a whole lot of jazz in my music library, but the soundtrack to this film is the newest addition.  Aside from the Awesome Mix Vol. 1 soundtrack from Guardians of the Galaxy, I haven’t added a soundtrack to my musical arsenal in quite some time.  In a film based on music, its detrimental to have a good soundtrack, and Whiplash hits the nail on the head and then some.  I think the soundtrack was just as enjoyable as the film and did a wonderful job complimenting the scenery and the characters.  The drum pieces that Neiman is required to play throughout the film bring very intense scenes to the table that perfectly exemplify the anger, frustration, and satisfaction felt by the main character of the film, as well as the supporting, competitive roles alongside him.  The songs are fun to listen to, and even more enjoyable to witness being performed on screen.

Whiplash is a fantastic film from start to finish.  The cast displays raw human emotion better than lots of people who aren’t even acting.  The plot is simple at heart, but is captivating, and executed seamlessly.  The soundtrack will have you tapping your foot, and humming your way through the incredible, on-screen experience. Simply put, see this movie immediately. 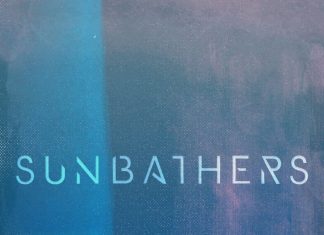 Ryan Atkinson - November 19, 2015
0
The Sunbathers EP is the first EP from the Sunbathers.