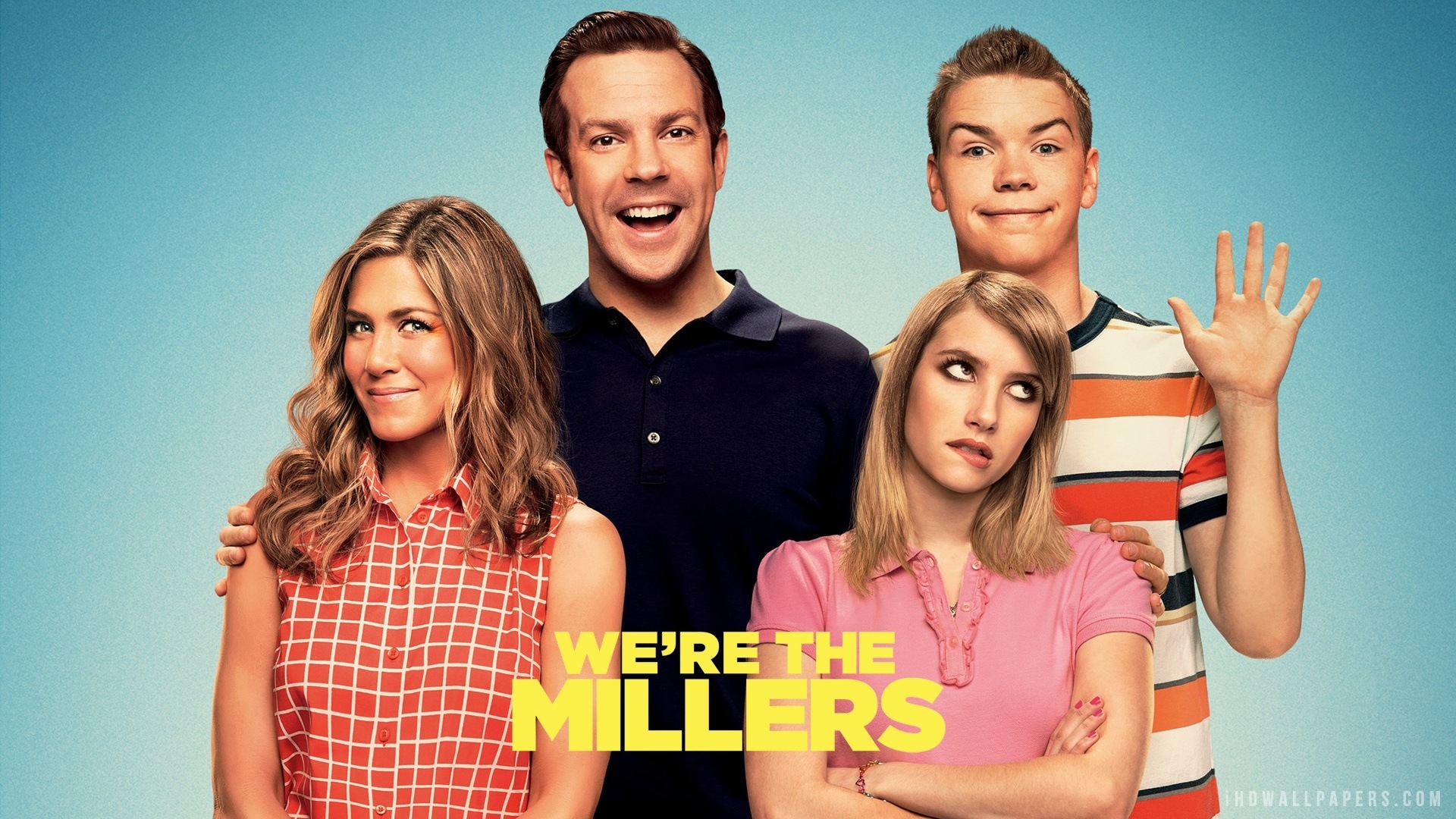 We’re the Millers is a movie that I was really excited about, and had relatively high expectations for; considering the last time we saw Jason Sudeikis and Jennifer Anniston in a film together, it was the fantastic 2011 film, Horrible Bosses.

2013 has been a great year for films.  We’ve seen great action flicks, a few solid comedies, a vast array of comic-related films, and much more.  We’re the Millers takes the base formula for family comedies arguably set by the Griswolds, of Vacation fame, and puts quite a twist to it.  In this particular “family” film, we find pot dealer David Clark, Jason Sudeikis, robbed and left in significant debt to his supplier Brad Gurdlinger, Ed Helms.  The good ol’ dealer-supplier relationship is put on the rocks, and David is required to switch roles to drug smuggler so he can transport a “smidge and a half” of marijuana across the Mexico border for Gurdlinger, a.k.a. Pablo Chacon, back into the states.  David, finding himself clueless as to how he can pull it off, comes up with the idea of hiring a wife and kids to take on the trip with him, to avoid setting off red alarms at the border.  Rather than doing an extensive search, as the time constraint given by Gurdlinger doesn’t give him many options, David chooses apartment complex neighbor, enemy, and stripper Rose, Jennifer Anniston, as his wife, kind-hearted dorky, and parentless complex neighbor Kenny, Will Poulter, as a son, and runaway teenager Casey, Emma Roberts, as a daughter.  They decide to change identities to be the Miller family, and rent an RV to smuggle the drugs.  The unpredictable troubles and struggles they find themselves in provide many laughs throughout the film.  Everything from running into a family fathered by a DEA agent, to Kenny getting bit on the testicle by a poisonous spider provide many laughs to be had throughout the film.

The cast of this film is awesome, to be simply put.  Jason Sudeikis, Jennifer Anniston, and Ed Helms are always key ingredients to a good film.  Emma Roberts, previously the star of Nickelodeon show Unfabulous, pulls off an outstanding role as the runaway teen, as she hilariously sports some unladylike vocabulary and actions.  Will Poulter, who’s been in few films, has definitely added himself to my radar from his role as Kenny in this movie.  He really does an awesome job at pulling off the “somewhat dorky kid who cares too much” role and provides, arguably, the most laughs out of the four-person “family” throughout the film.  Even the smaller roles in the film from the likes of Luis Guzman, Kathryn Hahn, and Nick Offerman provide some great laughs and help shape this film out to be an all around good-time.

The soundtrack is decent for We’re the Millers.  The most notable track is the famous Waterfalls by TLC that is involved with one of the biggest laughs of the film.  Aside from that song and the Rembrandts’ Friends theme song, I’ll Be There For You, there wasn’t anything that really stuck out.  In that regard, there also weren’t really any songs that felt out of place, and again, these types of movies don’t really require a soundtrack that stands out.

All in all, We’re the Millers is a fun ride or your pot-filled RV deposit refund guaranteed.  It’s got a great cast of some big names in comedy, and some up-and-comings that all do a great job providing laughs and solid roles.  The plot, while predictable, is unique in regards to the tried formula it follows and amusing; providing one of the better comedies of 2013.  The soundtrack isn’t memorable by any means with the exception of a couple songs, but it doesn’t hinder the overall experience of the film, by any means.  I recommend giving this movie a watch if you’ve enjoyed recent films and roles from Anniston, Sudeikis, or any of the other aforementioned cast.  Hell, I recommend it just if you like comedies.  It’s not the funniest film you’ll ever see, but it’s worth a watch, and will definitely leave you laughing.