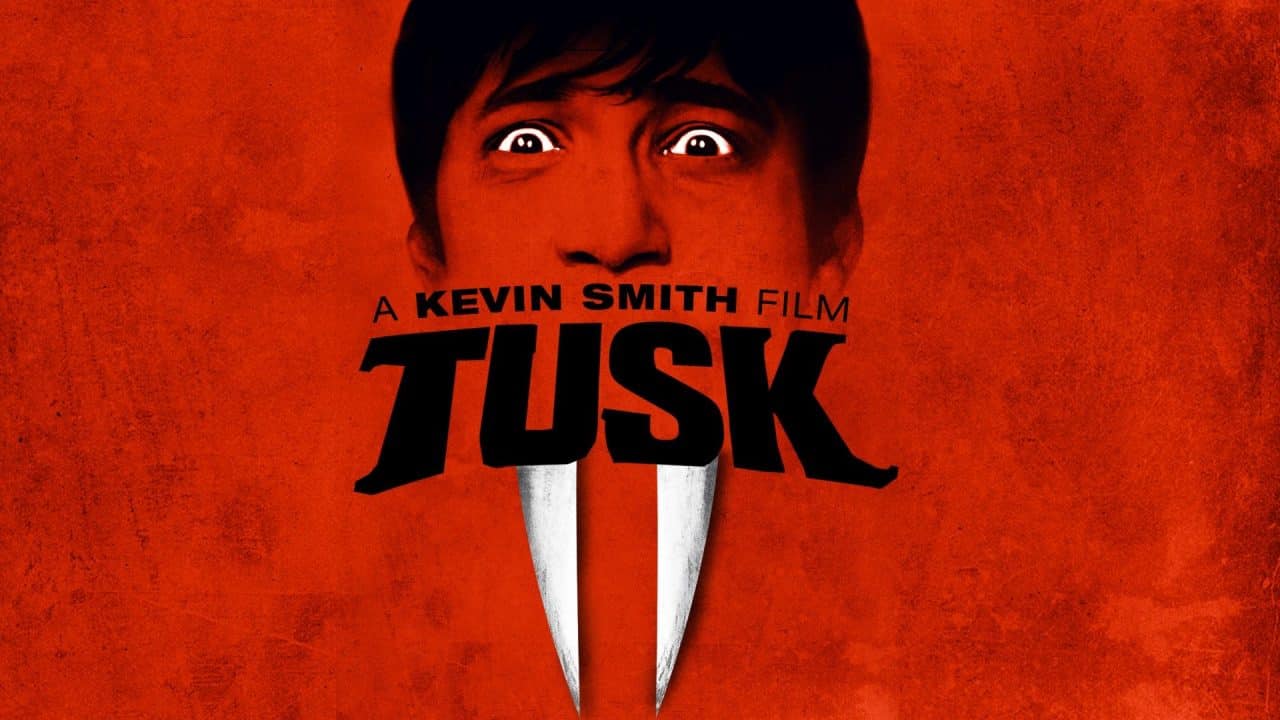 Sometimes, you don’t necessarily have to go “full walrus,” and I think Tusk is the prime example of when not to. Sadly, 2014’s Tusk is potentially the worst “black comedy with a plot involving a walrus” to ever be made.

Going into this film, I didn’t know what to expect, but I was excited for it.  Being a huge fan of Kevin Smith, I felt as if he was nearly immune to directing a bad movie.  Aboot 45 minutes into Tusk, I realized that I was being proven wrong.  The idea for the film derived from a bogus ad on a “Craigslist-esque” website (Gumtree) where a retired man was searching for a roommate to live with him free of charge, but had to dress up in a Walrus suit and act the part on a daily basis.  This ad was proven to be fake, and was created by a known prankster, Chris Parkinson.  The idea to actually turn this into a film was incepted on episode 259 of Smith’s SMODcast where a close friend, Scott Mosier, and him developed a plot for it, and had his fan following take to Twitter to push towards getting the movie greenlit.  Now that you have some insight, understand that this movie, within itself, was a joke.  This is a true black comedy at heart, despite the trailer giving the impression that it was more true to the roots of a horror film. Unfortunately, I had not bothered to look any further into the background of this movie beyond being an avid Smith fan and seeing the trailer.  This movie was truly fan service to those who pushed to get the film made, and it does not offer much appeal, if any, to the outstanding crowd beyond that.  I eagerly anticipated the midnight release of this film, and walked out with a very intense feeling of disappointment.

Tusk tells the tale of Wallace Bryton (Justin Long) and his friend Teddy Craft (Haley Joel Osment) who run a very popular Podcast called the “Not-See Party.”   The purpose of the podcast is to poke fun at, and verbally humiliate people who have viral videos depicting stupid acts.  In this particular situation, Wallace decides that he is going to travel to Canada to interview the “Kill Bill Kid,” regarding his life after his viral video that resulted in him accidentally amputating a limb.  Prior to leaving for Canada, Wallace gets in an argument with his girlfriend, Ally Leon (Genesis Rodriguez), in regards to how much he has changed since his podcast gained popularity and how he had become quite the dickhead.  Upon getting to Canada and finding out that the interview is unable to occur due to underlying circumstances, Wallace finds himself frustrated and desperate to try to find work to make his Canadian escapade worthwhile.  While at a bar, he finds a letter written by a man, Howard Howe (Michael Parks), who seems like he has plenty of stories to tell, making Wallace certain he has found something far better than any feature the “Kill Bill Kid” could offer.  From here, Wallace finds himself in a very unfortunate, Walrus-based scenario.  In the midst of all this, Teddy and Ally choose to go on a search to find Wallace, in which they encounter characters played my Smith’s and Johnny Depp’s daughters, Harley Quinn Smith and Lily-Rose Depp, as well as a character, Guy LaPointe, portrayed by Depp himself.  Within the plot, you can find some scattered humor, very minimal horror, solid acting, and cringe-worthy effects, unfortunately at an incredibly slow pace. Where this film does excel is the acting cast.  All of the aforementioned actors and actresses portray their efficiently-developed characters very well.  The cast, in my opinion, is single-handedly the only thing that kept me from walking out of the theater.  Parks ability to play his psychotic character was very enjoyable. Justin Long, while he hasn’t played a notable major role in a while, excels in his ability to play both the asshole boyfriend/friend/podcaster and a guy who is legitimately scared for his life.  The other performances in this movie are, for the most part, well done.  The distressed girlfriend role is played well by Rodriguez and it was enjoyable seeing the cameos from Lily-Rose Depp, Harley Quinn Smith, and even a hilarious cameo from Harley Morenstein of Epic Meal Time fame. Let’s not get ahead of ourselves here, though.  You can’t put a cast of good actors into a terrible movie and expect redemption (Damn you, Movie 43).  The acting, as aforementioned, was the best asset this film had, but that is not saying much…at all.

The soundtrack in Tusk was basically existent.  That’s it.  There wasn’t anything noteworthy, and there isn’t anything to really flag for being bad.  I don’t consider this a part of the score, but the ringtone that everyone had in the film was very comical.  It was a song made out of an impression of Ralph Garman as Al Pacino.  “Come on now! More Margaritas!” This was one of the highlights of the film for me, and one of the few times where I really laughed out loud.  The humor got increasingly better with repetition.

The effects were disappointing at best.  While I understand the film was run off of a $3 million budget, the little bit of effects that were there were quite bad.  They showed very little violence in this attempt at a horror film, and the props that they used looked so unreasonably fake that it was painful to watch at parts.  The walrus costume is so bad it’s laughable.  Not laughable in a feel-good laughter type of way, but more along the lines of laughing because you’re amazed that in this age of technology something could look so poorly done.

Tusk was a film purely made for fan service.  While I understand that there is a need to please that crowd at times, this movie fails to offer any appeal to a widespread audience.  Even as I am a huge fan of Smith’s work, this was a painful film experience to me, as my expectations are always high going into a Smith movie.  If you do find yourself interested in seeing Tusk, I highly recommend checking out SMODcast episode 259 to understand where the background for the film was derived, and SMODcast is a very good podcast in itself, so you should check it out regardless.  The film offered a very promising cast, a unique but poorly executed plot, and just a pinch of humor all entwined in a very slow paced, dull black comedy in a horror film disguise. I only recommend this film to the crowd who made it happen by tweeting #WalrusYes, and if you’re not apart of that group, I’d stay away as it could potentially leave a bad taste in your mouth for future Smith films.  And, now, I impatiently wait for Clerks 3. 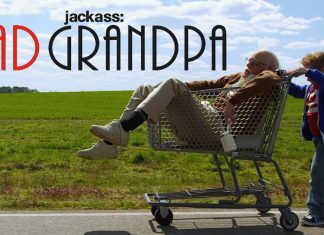 Ryan Atkinson - August 30, 2014
0
86-year-old Irving Zisman takes a trip from Nebraska to North Carolina to take his 8 year-old grandson, Billy, back to his real father.