Peeridium
Home Movies Comedy This is the End Review 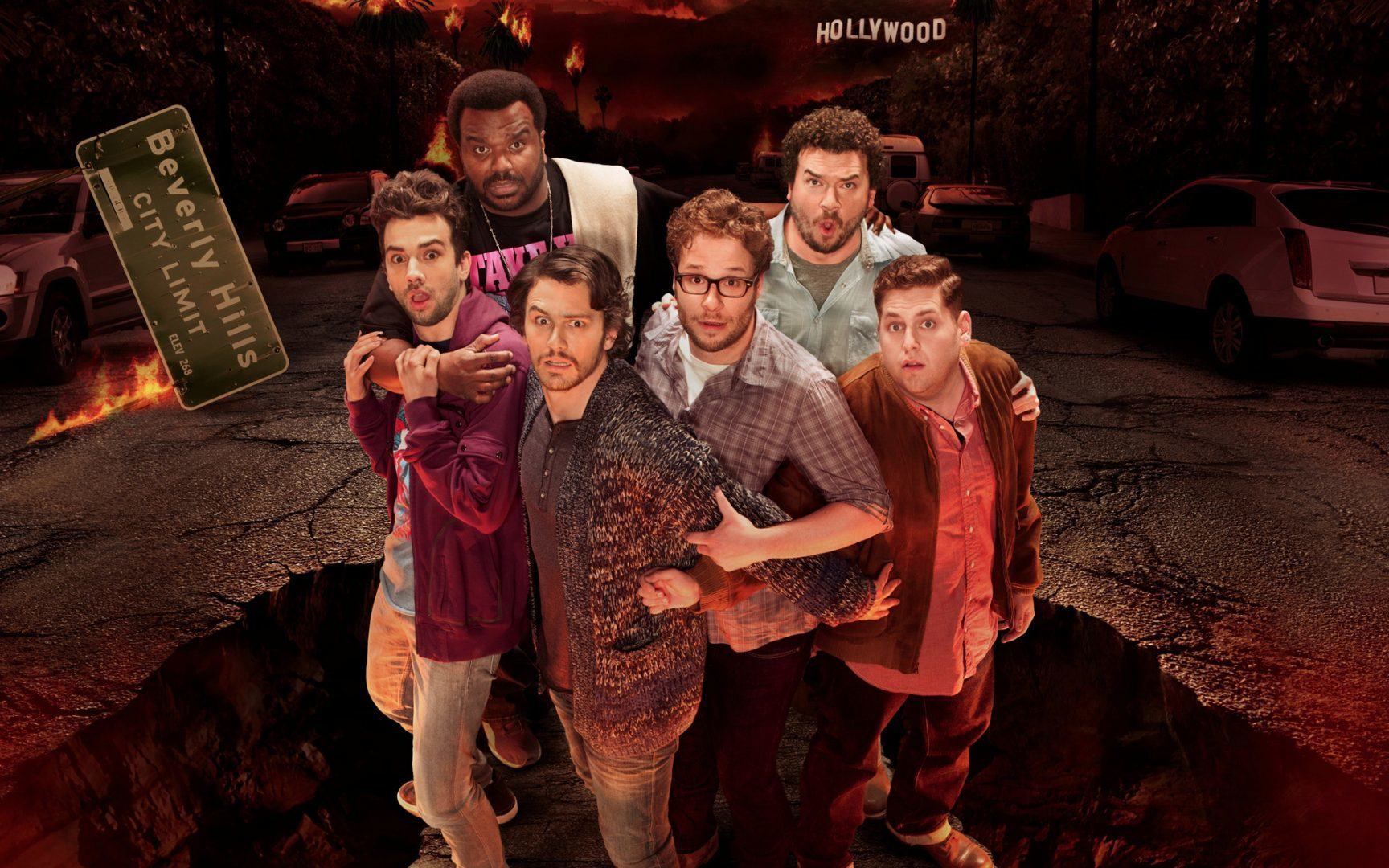 Any time you put Jay Baruchel, Seth Rogen, and crew behind a project, it’s guaranteed to be a great time.  This is the End, written and directed by the aforementioned Rogen and longtime partner in crime Evan Goldberg, is an apocalyptic comedy that pits a star-studded cast of actors including Jason Segel, James Franco, Danny McBride, Emma Watson, Aziz Ansari, and many other familiar faces in a series of end-of-the-world events.  Just a quick disclaimer, if you don’t like offensive and blunt comedy, you will most likely not enjoy this film, and it may not even be worth reading the review.  But, feel free to stick around regardless if you’re on the fence. Anyways, given the seemingly endless list of comedic greats, let’s see if This is the End stacks up to meet expectations.

Starting with what’s supposed to be a weekend to bro out as best buds, the film starts with Jay Baruchel arriving at the airport and getting picked up by Seth Rogen.  Hilarity ensues shortly after as Rogen and Baruchel engage in a quote-worthy conversation about gluten; what it is, and why it’s bad.  Fast forward a bit, and you see the protagonists attending a party at James Franco’s house, which introduces you to the vast list of celebrities, and gives you a twisted idea of how these stars are in their personal lives.  From there, the plot goes crazy as the world comes to an end.  You see your endless cast dwindle down to Jonah Hill, James Franco, Rogen, Baruchel, Craig Robinson, and Danny McBride swiftly after the apocalypse kicks in.  Over the course of the events to follow, the film makes many nods to fans of this cast, while providing a consistent helping of laughter, only providing you enough time to catch your breath in between.  From start to finish, this film is consistent in what it seeks out to accomplish, and that’s provide an over the top comedy that leaves you with that feeling in your abdomen that only comes from a laugh-out-loud film, or an intense ab workout.

Not that it would even be necessary for a film of this nature to offer a great soundtrack, but the music in this film is form-fitting and awesome.  Consisting of mostly hip-hop, you’ll find a broad spectrum of great tracks from the likes of rap legend KRS-One all the way to the, dare I say it, Backstreet Boys.  It’s not always the track list that makes the film, but more the placement.  Given my love for music, a soundtrack always catches my ear, regardless of the film environment surrounding it.  I have to say that the songs they chose, and where they chose to put them definitely assisted in the intensity of laughter.  A prime example of this would be the montage that incorporates Gangnam Style by Psy.  I’m not going to spoil any more of the plot than I already have, but if you keep an ear open, you’ll surely agree that the soundtrack compliments much of the film.

The only true gripe I have about this film is that I don’t feel that they utilized the cast to its full potential in the film.  Not the main crew, but more the cameo appearances.  What is offered from the cameo actors and actresses is great, and definitely shines in the film, but I feel like there wasn’t enough.  This, in no way, hinders the film from being one of the greatest comedies I have personally ever seen, but it is something I feel they could’ve expanded upon.  Something I found very ballsy and noteworthy is how they pushed the limits.  They scratched the surface of some very touchy subjects such as religion, and I commend them for that.  It’s very seldom that you see limits of that nature pushed, due to the risk of losing a certain audience(s).  Something that I feel makes this movie so good is the fact that there are not many mainstream films out there that have gone over the top to degrees of the like.

This is the End is one of the greatest comedies of this generation, hands down.  There is no disputing that the raw, daring comedy that’s offered from the outstanding cast is any short of awesome.  From start to finish, you’ll find yourself laughing your ass off, and impatiently waiting for the next series of laughter to hit.  Of all the apocalypse films out there, this has got to be one of the best.  It’s a definite classic comedy in its finest form, and will surely be quoted and re-watched for the years to come.  If you haven’t seen this film already, hit your nearest rental service, or go buy it, and watch it at your soonest convenience. You will laugh your ass off, or your money back guaranteed (if the retailer you choose to shop at offers that in their return policy).

This is the End 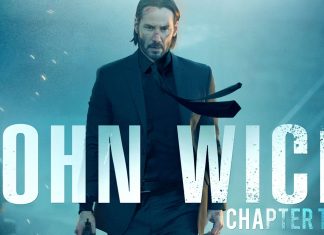 outbreak - February 16, 2017
0
Overall,  John Wick: Chapter 2 is a damn good movie.  It goes above and beyond at doing what makes Action films great and is a lot more of what made the first film so incredible...