David Michôd’s The Rover provided a film experience unmatched by anything else that comes to mind from this year.  Not necessarily on the planes of perfection, but in a sense of subtle, arguably minimalist character development, outstanding directorial work, and incredible acting.

Taking place after a fictional economic crisis in a dystopian Austrailia, The Rover jumps right into the plot when a group of criminals wreck their getaway car in front of the house that Eric (Guy Pearce) likely resides in.  After the wreck, they are unable to free their vehicle, so Archie (David Field), Caleb (Tawanda Manyimo), and Henry (Scoot McNairy) manage to steal Eric’s vehicle.  With a displeased expression, Eric chooses to free the original escape vehicle and pursue the criminals in an attempt to get his car back.  Following a confrontation that doesn’t end in Eric’s favor, he regains consciousness and is instantly back on the run to track down these men.  In his efforts to get his car back, he stumbles across one of the thief’s brothers, Rey (Robert Pattinson).  Rey fluctuates between his desire to help Eric, mostly due to his “you need me more than I need you” attitude.  Throughout the course of this film, Eric and Rey both encounter some very unique individuals, and there is some outstanding character development that takes place during many of these interactions.  The Rover’s strongest points, however, are found within the interactions between Eric and Rey.  There is a dysfunctional bond that develops between the two of them that is as riveting as it is obscurely heartfelt. The simple plot far exceeds itself with the heavy character development intertwined within itself.  The Rover would be an enjoyable film even as a simple drama, but its dystopic shimmer is driven purely by its attempt to connect the viewer to these characters who are tattered and torn both mentally and emotionally.

I was beside myself after watching this movie due to the outstanding performances by both Guy Pearce and Robert Pattinson.  This was my first time seeing Pattinson in a film outside of the (dare I say it) Twilight series, and I was taken aback by the utter perfection that he displayed while playing the character, Rey.  It’s hard to put into words how well Pattinson managed to bring this character to life, as Rey is a character who appears to be very uneducated and lacking focus.  If you follow Rey’s expressions throughout the film, you quickly notice that his attention is consistently shifting every which direction, and he is very often fidgeting on screen.  Pattinson flawlessly played this obscure character, providing the bulk of Rey’s development simply through his non-confrontational approach in conversation and his reserved personality.  Pearce also does an incredible job of portraying a broken man in Eric.  A lot is taught about Eric to justify his viscous attitude.  The Eric character shines beautifully, however, through his seldom display of emotions and in relentless demeanor.  This dysfunctional duo simply clicks in the best of ways, despite the immense differences between the characters themselves.  The supporting cast in The Rover are well done, but there is no true significance or development to any of the characters outside of Rey and Eric.

The Rover has a score and soundtrack that seamlessly flowed with the rest of the film.  From the song that is playing in the opening scene that drowns out the background noise, I instantly felt that the film was going to deliver with its soundtrack.  A bad soundtrack wouldn’t have affected this film enough to skew my opinion of it but, in this case, the score adamantly aided the scenery it accompanied.

Following my experience of The Rover, it is apparent that Michôd is a director to keep an eye out for.  This appears to be his most mainstream work so far, and the directorial work is just downright incredible.  He manages to utilize camera angles, lighting, and setting to establish an excess of emphasis where it needs to be, making many scenes even more meaningful simply with the location of the camera.  In a film that is driven on character development, it’s quite impressive to note that there is character development in gestures and movements alone that would likely go unnoticed if the camera’s emphasis weren’t focused on it.  Very seldom does the directorial approach of a film stand out to me in the way that Michôd’s did in The Rover.

David Michôd’s The Rover is a stellar film, simply put.  There are very few films that can be carried solely on the shoulders of one or two characters, and The Rover manages to take it’s ability to do that and run with it.  Backed by memorable acting, Guy Pearce and Robert Pattinson are a dysfunctional duo that work together despite the polar opposite characteristics.  Equipped with a good, accenting soundtrack, a simple but efficient plot, and breathtaking directorial work, The Rover provides a very worthwhile and enthralling cinematic experience. 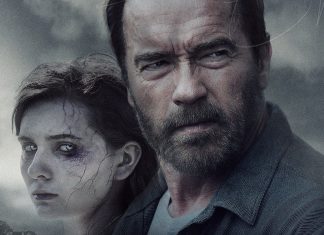 outbreak - July 8, 2015
0
A teenage girl in the Midwest becomes infected by an outbreak of a disease that slowly turns the infected into cannibalistic zombies. During her transformation, her loving father stays by her side.