A breath of fresh air has just blown into Baltimore’s indie rock scene with the Sunbathers’ debut EP release!

For some background, Sean Lynott and Tim Boate of the Sunbathers were initially an acoustic duo during their stay at the University of Maryland. The duo eventually added more sound variety by fusing drums, bass, and another guitarist to the mix. Bringing the grand total to 5 members and subsequently leading to the formation of the band right across the beltway in neighboring Washington, D.C. during the fall of ’13.

So who exactly are the Sunbathers? Well, they consist of Sean Lynott who’s laying down the vocals and provoking the synths, Peter Mindnich on guitar and mic, Tim Boate on guitar, Sean Oliver on bass, and Shohsei Oda on drums.

Pulling inspiration and stylistic resemblance from major names such as Radiohead, The Strokes, and even the Artic Monkeys ultimately come together over the 5 track extended play for a unique blend. One that can be labeled an interlaced assembly of alternative rock, electronica, R&B, and a handful of other genres.

Sunbathers EP being their first official EP available is so for free, or you can always float a few $$ to help support some talented artists. Summer in the City ain’t cheap! Downloads and streams of the tracks can be found over at both Bandcamp and Soundcloud.

The introductory track to kick things off is Intimacy. Which in terms of instrumentals, has a satisfyingly progressive yet mellow edge that lures you in whilst piquing interest. All the while Sean subtly overlays a love interest that goes wrong, but he mates it to the track without a hitch.

Collapse and crawl to the door. With a face like that, you’re bound to get away with a little more.

Smack in the middle is Summer in the City, which embodies the most “feel good” take of the five tracks. Upbeat kicks with good vibes come together for an experience that’s like drifting on a cloud over a beach, say Ocean City, on a cool-yet-mild summer day. A few buddies may even join in on the adventure.

Personally, the only track that doesn’t fit the bill is listed at number 4. Not to take away from the other great songs, but Daisy is the oddball of the pack with what comes off as being oversaturated and busy at times. There’s also the vibe being given off of almost being needy or borderline whiny, which pales to everything else. It’s a song I want to love but just can’t find the flame.

All Your Lovely Colors is the fifth and final track, which just happens to be my top choice. I take it as a dialed back Summer in the City with more aggressive vocals and most definitely darker imagery. The vocals, backing vocals, guitars, drums, really everything just seamlessly coordinates in harmony, then eventually fades out — as if to black. It’s absolutely a great way to wrap up and conclude the EP.

As their debut EP, the Sunbathers have laid out a great foundation. It’s a true medley of melodies with a consistently soothing drive that’s coated gracefully with vocals touching a varying range of emotions, notes, the whole nine. Being released in the Fall, coming through like a light winter snow, and springing an enjoyable Summer track on listeners could have allowed this to have been called the Four Seasons EP with how balanced it is. 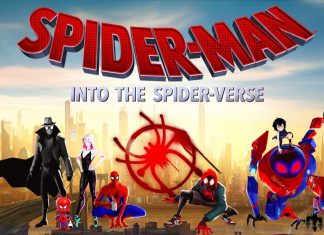