After roughly 17 years of playing the role he was made for, Hugh Jackman said he was making Logan his final time to play one of Marvel’s most iconic characters.  Not to be confused with the expansive Marvel Cinematic Universe, Logan is a film produced by Fox, so this is not a take on the Mark Millar-penned Old Man Logan story that is critically acclaimed by damn near all who read it.  This is, however, a very well-done swan song for Jackman’s Wolverine and an overall marvelous film.

Fox has had a pretty inconsistent time with the X-Men film franchise, with about as many highs as they’ve had lows.  Coming off the heels of a critically panned X-Men: Apocalypse last year, I think a lot of fans and naysayers alike had their concerns that this eagerly anticipated Wolverine film was going to disappoint.  I assure you, however, that this film did quite the opposite.  Logan takes place in the year 2029 where mutants are an endangered species, and the remaining that star in this film are certainly not in their prime.  Logan/Wolverine is no longer regenerating like he used to, and he’s resorted to being a limo driver for income.  Professor Xavier (Sir Patrick Stewart) is having frequent seizures and he can barely remember what he ate for breakfast.  Caliban (Stephen Merchant) is helping Logan take care of Professor X, and despite having virtually no care for Caliban as a character prior to this film, I did enjoy his role in the movie.  Anyways, X-23 (Dafne Keen) eventually finds her way into Logan’s care and she is being sought after by some bad guys with bad intentions.  While I’m not familiar enough to know what comic book plot(s) that inspired the film, I can say that this film was written in a way that it never felt like it wasn’t a comic book movie, but it also took itself serious enough to be a film that appeals to more than just your typical comic book audience, in a fashion very similar to Christopher Nolan’s Batman trilogy.

The cast in Logan is top notch.  Sir Patrick Stewart does a great job at playing a dated, near-senile version of Professor Xavier and Dafne Keen does a fantastic job at introducing X-23 to the Silver Screen, and I think this young lady has a bright future ahead of her.  Hopefully, we will see more of X-23 in future X films, even though they’ll have to do work some time travel to bring her into the current timeline of the X-Men franchise’s continuity.  Donald Pierce (Boyd Holbrook) is one of the main villains in this film, and I didn’t think I was going to care for his character from the trailers, but I ended up considering him a valid villain and even enjoyed his role.  There is a lot of emotion going on in this film, and all of it is executed in phenomenal fashion thanks to the wonderful crew bringing their respective characters to life.

The score of Logan fits wonderfully with the content at the surface.  Since the trailer that had Johnny Cash’s cover of Hurt featured, I felt confident that this film was going to have a great soundtrack, and it did.  The songs and sounds fit well with their respective scenes and the overall image for the film.  You’re not going to hear heavy metal riffs during action scenes or Sarah McLachlan during the film’s sadder moments because this film’s attitude doesn’t justify either of those.  You will, however, find yourself enjoying the background music if you take the time to pay attention to it.

The cinematography of Logan couldn’t have been better.  Director James Mangold did a fantastic job of capturing Logan’s last hurrah on screen.  Everything from the lighting to the perspective is fantastic, and it really makes this film shine bright.  On top of that, the action looks as smooth as it does brutal, and the realism is uncanny.  There are parts in this film where I cringed because the action is so brutal, but to me, that is a sign that it was done right.
Logan was a near-perfect Swan Song for Hugh Jackman’s incredible depiction of Wolverine. Backed by a phenomenal cast, this incredible narrative was a truly incredible effort to end Jackman’s on-screen legacy as Logan.  The action was often-times gruesome and the plot was serious enough that it often didn’t even feel like a comic book movie.  Logan is a fantastic film, both visually and narratively.  This film is an absolute must-see, as it is probably the best X-film and will likely be one of the best films to come out in 2017. 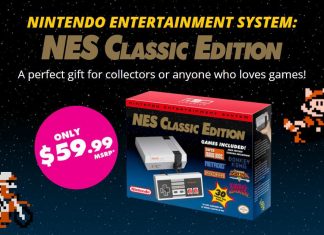