The second track on this album, Indicud, and the first to feature vocals, cues listeners in on the idea that Scott Mescudi is, in fact, unf*ckwittable. Mescudi’s fourth album (third under the Kid Cudi monicker) is one an incredible album from the intro to finish. Cudi’s self-produced product is a great listen and offers a nice change of pace from the bulk of the music that’s currently out and about in the industry. Cudi set the bar pretty high in regards to what he’s up against in his future releases.

Indicud starts out with an all-instrumental track, The Ressurection of Scott Mescudi. The track really sets the tone for the album to come as the instrumental piece follows similar suit to the instrumentals on the bulk of the album. I felt the intro was a little lengthy as the roughly three-minute track is a little too repetitive, and the lack of vocals makes it feel that way.  Although not painfully lengthy, I feel the repetition is not the most effective way to start an album. However, the intro track was still enjoyable for the majority of it, and was still a great way to start Indicud. There is a track in the middle of the album, New York City Rage Fest, that is just an instrumental break between tracks.  It’s a decent track that has a club-esque sound for the two minutes it lasts, but feels like filler, and is not a necessary addition to the album. The Flight of the Moon Man, the outro track, has a creepier tone than the remainder of the album, but given its title, I’d say it’s setting the tone for Cudi’s 2014 release, The Man on the Moon III. Also coming in at around three minutes, the outro track is a very nice change of pace, and an effective way to end the album. Being the best of the three instrumental tracks, it was a solid decision to end the album with a bang, given The Man on the Moon III is likely a more anticipated album than Indicud was and it is a good teaser to the upcoming album.

The beats on this album are absorbing.  From Unf*ckwittable to Cold Blooded (as Afterwards (Bring Yo Friends) is arguably the least enjoyable track on the album, the instrumentals on this album are very form-fitting to Kid Cudi’s style and sound. This is nothing short of a compliment as Cudi’s sound is quite unique compared to the mainstream hip hop music that is prevalent today. The tone and sound of Cudi’s voice are a great accent to the instrumentals and assist setting the mood of the album.

The sound quality on Indicud is phenomenal, but to be expected from a big name artist like Mescudi. Indicud has an almost ‘too good to be true’ list of features from the likes of RZA, Kendrick Lamar, Too Short, and much more. The album does not necessarily stick out lyrically, but you will find yourself singing along to the catchy beats as you stroll through the tracks. In that same respect, the lyrics included in this album are far from bad. Sitting at 18 tracks and a little over an hour (70+ minutes), saying this album is worth a listen is an understatement.Kid Cudi’s fourth album offers a hearty amount of

Kid Cudi’s fourth album offers a hearty amount of material and features some musical greats who do nothing short of complimenting the already great sound the album produces.  Cudi’s self-produced instrumentals never cease to amaze, and the lyrics, while not phenomenal, are in the same respect nothing to bat your eyes at. Indicud is not only worth checking out, but also worth investing in, as it’s unique tone and mood is a stray from the path of the current music market. 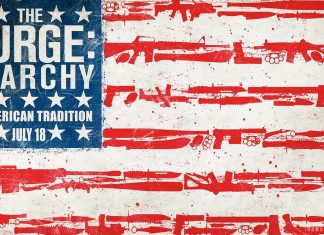