For me to tell you that John Legend’s Love in the Future is anything short of phenomenal would be foolish on my behalf.  Legend takes flight with his fourth solo studio album and soars through a 16-track long, turbulence-free joy ride.  The last time we saw this potential R&B legend (no pun intended) release a studio recording,  he was pairing up with the musical gods, The Roots, in 2010 to release an album that consisted primarily of cover tracks.  That being said, putting yourself in the same studio as The Roots leaves you with some big shoes to fill upon leaving.  This man has managed to meet and exceed my expectations with the latest release.

Love in the Future kicks off with the title track introduction that is smooth, melodic, and simply transitions into what’s next to come.  With most tracks being an obvious nod to his long-time love and now fiancé, you can hear and feel his emotional connection to her in his vocals.  This album sounds and seems very close-knit to his life and those around him, which can be attributed to the very polished product that is offered.  Accent the smooth lyrics with some incredibly inviting instrumentals and you have a quite delicious buffet of musical food.  Everything from the pianos to the guitar riffs are exquisite and compliment each other from track to track.  It is worth noting that the production quality of this album is great as well, but is to be expected under the wing of the likes of Kanye West.

There are a few songs that stick out more than others, such as the wedding-friendly All of Me, and Who Do We Think We Are; which features a cameo appearance from Rick Ross (and possibly the only enjoyable verse I’ve heard from him in recent time).  While some songs stick out more than others, you should find it very simple to listen to this album from start to finish.  Each track offers something to keep listeners interested, and lacks a repetitive sound, making it easy to say that Love in the Future will be a solid listen for the foreseeable future.

John Legend’s fourth studio album is a stellar collaboration of heartfelt lyrics, piano melodies, guitar riffs, and everything in between.  Offering little repetition and a verse from everyone’s favorite rapper that says “huh” way too often, Love in the Future is everything you could want from an R&B album, and is the fantastic product that’s to be expected from John Legend.  This album is worth checking out for all R&B fans and is a great starting point for those who have never listened to Mr. Legend or are just looking for something new to add to their musical library. 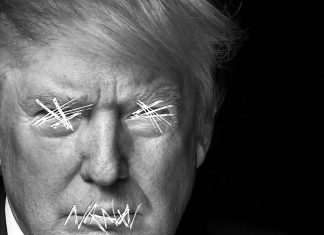