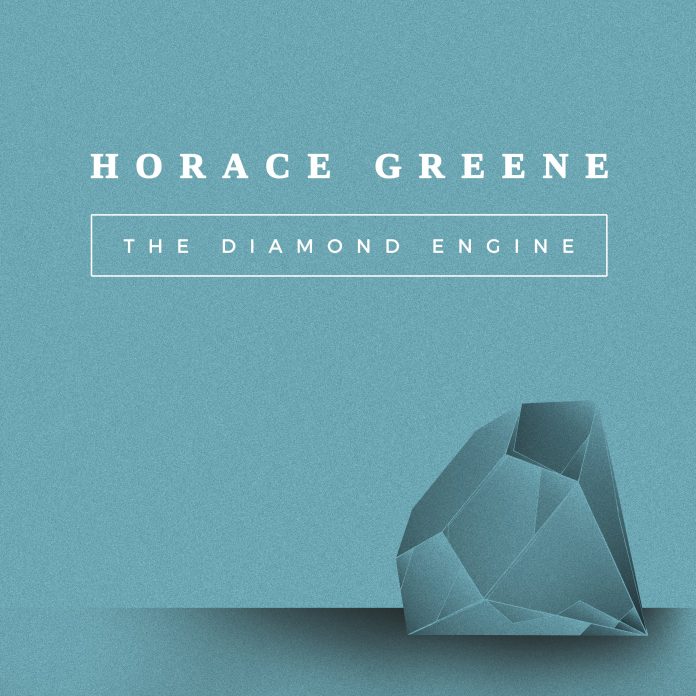 “The Diamond Engine” is proof that there’s no degree of sophomore slump for the dynamic indie trio Horace Greene. The album picks up where “Early American Ice Cream”, released only last year, left off. The band gives a nod to their previous efforts but manages to round out their sound quite a bit – “The Diamond Engine” is a more diverse album in terms of instrumentation, genre influence, and overall dynamics. The songwriting is mature and refreshing, and this release truly positions Horace Greene for future success. They don’t skimp on material, either – the album sits at 12 songs long which is a nice break from the staple 10-track release.

The first two songs on the album are the two pre-release singles: the 60’s-laced Midnight Fuse and Karate-themed Fevers (the description makes more sense if you see their video below).

It’s a strategic move to front-load the album with the fun and familiar – and it sets a standard that the rest of the album manages to live up to. Ultimately, “The Diamond Engine” is balanced well, start to finish, with a mix of lush instrumentation, ethereal vocals, and an incredible rhythm section.

Some of the songs on the album will be familiar to fans – We Could Be Lovers and Grizzly have been in rotation in their live performances for a few months but the studio has definitely treated these songs well. Production is much stronger this time around, and the songs seem to carry a bit more of the “live” energy, albeit without forsaking crisp, pure tonality.

Apart from these live staples, there’s plenty more to experience. Try the Red Hot Chili Peppers-esque Don’t You Stop, the western stylings of Son of a Gun, or the slow dance sensibilities of Sunflower Silo. Whereas “Early American Ice Cream” found a comfortable home in its beach rock and soul influences, it was artistically safe; this time around, Horace Greene has taken some risks, but they’re definitely not uncalculated. The core Horace sound is still presents, and it helps the album feel cohesive despite its sonic diversity.

Horace Greene continue to carefully meld vintage and modern influence in an a way that avoids being esoteric; “The Diamond Engine” offers plenty for the casual listener and avid music critic alike. Few bands showcase this level of growth so quickly, and the future for this Wisconsin trio is incredibly bright.