Chaos Domain is a run-and-gun type platformer developed by Holy Warp and Black Wing Foundation. According to the developer’s description page, the influence behind the keyboard-smasher was the 8-bit and 16-bit game era. To put that into perspective, what video game isn’t influenced by history like that? At the end of the day, what they really mean is you should expect each level to be reminiscent of Contra III Alien Wars.

After installation, Chaos Domain will fill up about 2 gigabytes of storage space. As you can see, the game isn’t very large compared to current MMO’s or even XbOne game installs. After taking into consideration for what it is, it’s still a pretty decent size. Thankfully, it’s delivered on the Steam platform, so you should get it fairly snappy, Internet Higher Powers permitting.

If you have ever played Super Mario, Contra, or any other platformer, then the side-scroller concept within Chaos Domain is nothing new. If you haven’t played any of those above, then I feel bad for you son, as you have 1999 problems. The objective of the game, as with most side-scrollers is to reach point B from point A while usually taking out targets and not dying. Not dying is the golden rule. It’s no different here as you have to reach an exit door at the end of the level safely from the starting point in a futuristic spaceship warehouse thing. At the beginning each level, you are dropped in being equipped with only three lives and a photon gun. The only thing stopping you are aliens with very keen and almost aimbot-like senses. That’s all is to it. It’s all very linear and extremely repetitive even after just a few runs.

Holy Warp and Black Wing Foundation were barreling down a one-way road to failure by hard setting oddball controls that no one would think of using. On top of that tragedy, they also made the major action keys non-programmable. It’s a PC gamers worst nightmare! Using A and D to move left and right is just dandy and fairly standard, but using W and S to aim is the deal breaker. While Chaos Domain claims controller support, user feedback suggests otherwise, and I also have my doubts it would fix the weapon having only eight firing positions. Give us a bone here. Let us players use the mouse buttons to shoot (p.s. preferably left click if you have picked up on standard controls yet), or even better, allow the mouse to control the weapon. We don’t need cross-hairs or anything crazy either. Just free weapon movement from the hand.

Let’s not forget to show the co-op mode some love. I feel Chaos Domain was made just for date night since you and your best bud can leap, skip, and jump together using the same keyboard. You could make a movie called Two Gamers One Keyboard, and this game would be perfect. Having two players on the same keyboard is many many MANY long and hard sighs. I could be giving this feature some oversight, but is there even a market for co-op like this any more?

Visually, the game is acceptable. Some of the models like platforms and players are well made. But, the textures are nothing that will knock your socks off. Parts of the environment could be redone, such as the floor textures, as well as most of the particle effects that look like lava filled fireworks.

Some things should be buried for a long, long time, and never dug up by anyone, under no circumstance. Chaos Domain is a game that falls into that category after just a quick play through. It leaves a tarnish on the Unreal Engine for how awful it is. It get very old, very fast with how repetitive the run and gun aspect is. Don’t expect any “I wasn’t expecting that” moments. There’s really nothing to throw you off and make you rethink your play style or the end goal. Unless you happen to go out on a limb and count that wildcard being the horrendous key layout and the enemies that have a fairly quick response time coupled with decent accuracy. My final words are that I would not recommend Chaos Domain. Play one of the original games it emulates instead. 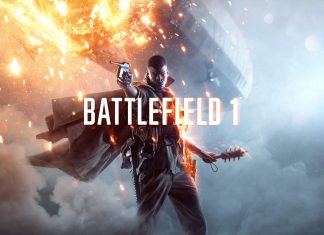