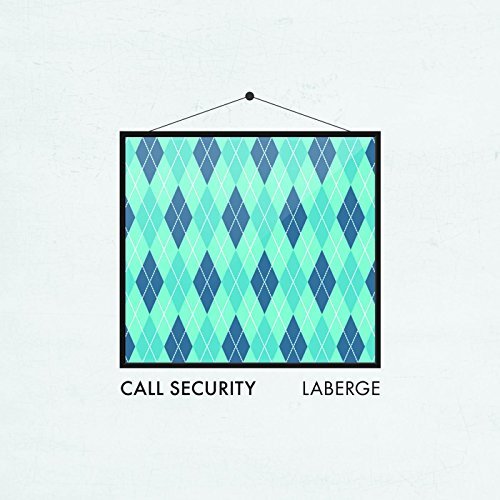 The classic Killers sound of the early 2000s necessarily bears a certain nostalgia; indeed, alternative rock and indie have changed quite a bit since then. Even the band themselves has seemingly abandoned that sound in favor of a more pop-driven approach.

While I’d hardly say The Killers are an essential band, the level of accessibility they had for the quality of their early albums makes them a good goal post to compare against. It’s the first thing that comes to mind when listening to Providence, RI’s Call Security. I do hear a bit of Motherfolk in their sound as well.

“Laberge” is the group’s second EP, released in 2016. It’s short – only four tracks – but it’s nonetheless diverse. Beyond the aforementioned Killers influences, there are hints at pop-punk on Eggshells and a folky, Beatles-esque sound on Thorn and Tides. Vocalist Ben Scheibel has an interesting timbre that I have very little to compare against. I would say his voice is the “it factor” of the band; while their music certainly is compelling, the unique quality of the vocals really take things to the next level.

Of course, I’d be remiss if there was any sense that there was any ounce of neglect to the instrumentation. Guitars are crisp and almost ska-like at times. Bass is audible but not too busy. Drums and percussion maintain a strong groove that keeps the songs exciting.

Overall, Call Security’s music is refreshingly-upbeat without indulging too much into cliché or triviality. Yes, there’s a underlying focus on relationships at times. However, these concepts are communicated with a fine poeticism. The group finds the fine balance between pop-friendliness and a true appreciation for their craft.

Although it’s easy to think alt-rock died years ago, “Laberge” (and the rest of Call Security’s catalogue) reminds listeners that simply isn’t the case.

Be sure to check out the band on social media and listen to their new single Sandcastles below:

Peeridium is a different approach to entertainment reviews. We believe a single number by an editor shouldn't represent a work of art. Rather, it should be defined by a great community, starting with you!