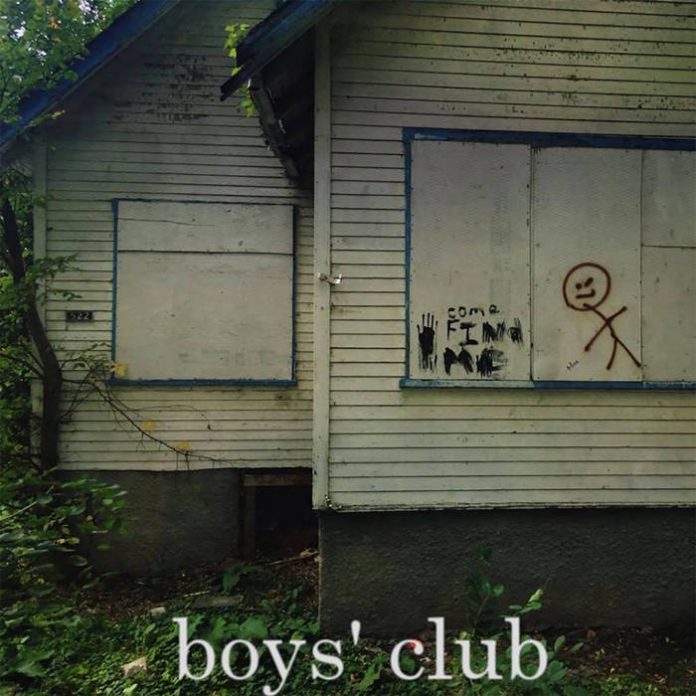 It’s always a bittersweet feeling discovering a band after they’ve broken up; arguably, it’s even harder when the band has just called it quits. It’s almost as if you’re interrupting the funeral of a stranger in some ways.

However, this is complicated moreover when bands release an album either at point of breakup or some point posthumously. It would seem the album is more of a parting gift than anything that will be toured, top the charts, or even get any decent amount of press. Why bother giving press for what is no more?

If you couldn’t tell already, this is the backstory of Boys’ Club‘s final album, Come Find Me, which was released 6/6/17. The album was introduced to the world with an accompanying Facebook post that speaks of an indefinite hiatus of the band that is less-than-optimistic. While a final show may happen some day, things seem to have ended on a sad note. It’s only fitting for an emo album.

When I say emo, it’s worth noting I’m describing the angular, dissonant riffs and “whiny” vocals – along the lines of what you’d find on an American Football album. However, there are hints of math rock, plenty of alternative influences, and a sprinkle of punk thrown in for good measure.

This is supplemented by an ambiguous cover featuring, presumably, an abandoned building. The album’s title is spray-painted over boarded-up windows, along with a stick figure. There’s something with emo bands putting houses on their covers.

Vocals are familiar yet hard to place; some weird amalgamation of Blink 182 and Death Cab for Cutie. Lyrics are typical of the genre, pertaining to broken relationships, the desire for freedom in a world of bureaucracy, and the mona no aware mindset the accompanies the reality of growing older.

Guitars are fairly natural, rolling between mathy parts and semi-dissonant chord progressions. The drumming is subtle but precisely-executed. Bass is generally fairly simple – I had to double-check that the band even had a bassist. It’s not a flaw of the songs, but it does raise some questions concerning the mix.

Overall, there aren’t many complaints. It’s by no means groundbreaking, but a decent album that deserves some replay. If anything, it makes fun an enjoyable listening experience. The mood is calm and unobtrusive, making a good album to play in the background. However, it can definitely be enjoyed at full attention as well. While it’s certainly not at the top of my list, Come Find Me is definitely one of the stronger releases I’ve heard this year.