Thinking back to previous installments in the Battlefield series, I don’t recall any of them garnering all the hype BF1 did with its trailer. Outside of the great soundtrack featuring a remix from The Glitch Mob of the iconic Seven Nation Army originally by The White Stripes, it featured something much different. Electronic Arts legitimately decided to take a different route from the shooters we are getting used to seeing getting pumped out year after year and placed this game within the World War 1 era, hence the name Battlefield 1.

Being set within WW1 comes all the less-than-modern goodies such as hand-to-hand trench warfare, aircraft such as zeppelins, and very crude and cobbled together weaponry you’d thought was built with black pipe. Instead of consistently pushing the envelope of the what-could-be future, we are going back and enjoying what we know happened. It’s a fresh breath of air to the shooter genre as of late, and therefore that caused quite the stir among the gamer community.

Having recently failed my expectations on Battlefront, EA DICE had a lot of weight to carry on its metaphoric shoulders with this release. Things such as server browsers, hip-firing mechanics, lack of a story, and ridiculous lens flare came to mind. Which I know also did for plenty of other gamers well beyond those who I talked to. We were all hoping EA learned from that blemish of a so-called game.

One thing we knew would be given is the beauty of the engine having previously seen it used in Battlefront. As soon as you step back in time you instantaneously start taking in the jaw-dropping graphics that are undoubtedly stunning. Even on my GTX 1070 with some of the settings admittingly not cranked all the way up (I tend to lean performance over eye-candy) the game is life-like to the extent you begin to marvel at how far video games have actually come. The display of the power of the engine is a double-edged sword in the sense that all that developmental beauty gets covered up lens-flares and ambient occlusion. Which personally kills the feeling of engagement to the game. There’s always a fine balance to be met with these sort of additional environmental effects.

The single-player story is really where this game shines. Generally speaking, single-player campaigns have you follow one character/group/faction through a campaign and finish with said person or persons. Electronic Arts really went outside of the box and composed the single-player side of Battlefield 1 with what they call “War Stories”. War Stories is where they have you character hop through WW1 with different people of different nations with varying dilemmas at hand. They could have went the route of taking one character through all these segments like some sort of blood-thirsty fiend. Rather, EA opted to make this more rounded with showing many different perspectives and ultimately making it a great experience.

Moving on to the bread and butter of the Battlefield series, the online multiplayer game modes are Conquest, Rush, Domination, Team Deathmatch, War Pigeons, and Operations. These are all pretty self-explanatory, especially if you played the series, with the exception of War Pigeons. This is a new mode where two teams of players attempt to capture a pigeon and write a note for an airstrike that ultimately gains points, or opposingly take out said pigeon to prevent points. Think of it as a bomb mode with a unique twist to fit WW1.

The weapons seem spot-on for the time frame, and by that I mean accuracy can be hit or miss (literally), ammo count is generally lacking in the magazines, most weapons are semi-auto, the list goes on and you get the idea here. The weapons are purposefully crude to reflect the technology at the time and EA did a wonderful job at that. The customization follows suit, with the only options being cross hair angles, a few optics, and the magnification level. It’s quite the opposite when compared to BF4’s weapon customization where you do control every aspect of your peace-maker.

One major gameplay balancing issue that stood out is the ridable horse combined with the sword combo. The swords wielded by the riders have an overbearing reach, and players not getting the swift end of the seemingly 10-foot sword now find themselves getting trampled like rats. Trying to take down such a threat proves to be quite the task as finding that sweet spot to take down the player off the horse is as hard as anything. Taking down the actual horse seems as if they are made of steel. If the horses had more visible armor it would make sense, but they don’t. As fun as it is to be the rider, I hope this gets nerfed in the near future to be more true to life.

After many of rounds, you begin to notice some maps favor certain sides due to layouts, spawn positions, etc. This shouldn’t happen in any game. EA has already rolled out a few patches to fix said problems, but I strongly believe more work is ahead of them for this to be more fair to everyone playing.

Overall, Battlefield 1 is a fantastic game with many things done right. It successfully takes you back to a World War 1 era and creates an immersive experience in both single-player and multiplayer. This game is only a few nerfs and tweaks away from being damn near perfect. 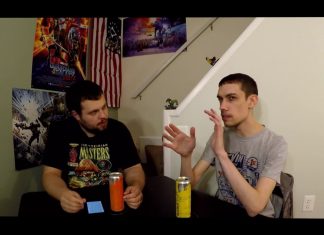